Home » This is ChatGPT, the artificial intelligence chat that everyone is talking about
Ecommerce

This is ChatGPT, the artificial intelligence chat that everyone is talking about

OpenAI, the artificial intelligence research and developer company such as Dalle-2 or GPT3, has just launched ChatGPT, a new AI model that generates conversational text. For its creation, it has relied on predecessor models such as GPT3 itself or InstructGPT, managing to optimize their responses.

At the moment, ChatGPT is in Test phase. In other words, this release will serve to test it and continue to improve its system, based on the ratings and comments provided by its users. Likewise, to favor this data collection, this first version of the model is available to everyone for freeit is only necessary to create an account in OpenAI.

As we already know, GPT3 is a natural language model capable of executing multiple tasks related to text generation such as creating texts, completing them, translating them, answering questions, classifying concepts or executing conversations, among others.

In the case of ChatGPT, this last function has been selected to optimize it and create a much more efficient conversational model. Namely, ChatGPT inherits the response ability of GPT3, bringing new features such as the ability to admit errors in their formulations, to question incorrect premises, and to reject inappropriate requests.

For its creation, this model has been trained through reinforcement learning from human feedback (RLHF). AI human trainers provided conversations and were also able to include suggestions to help the tool compose their responses. Likewise, the conversations carried out are compared with each other, classifying the answers from best to worst, so that the next results integrate this learning.

This same process continues to be carried out, using the conversations that users have with ChatGPT and the feedback that they provide.

What are your limitations

On the OpenAI website itself, they already warn that this is not a perfect system, it is still learning, so it is possible that ChatGPT provides erroneous or inaccurate answers. This is also reported when accessing the tool “although we have security measures in place, the system can occasionally generate incorrect or misleading information and produce offensive or tendentious content. It is not intended to give advice.”

When interacting with him we must take into account several issues. To get started, their knowledge of the world today is limitedso it can give answers that are not up to date about events after 2021. On the other hand, your responses may be biased or contain harmful content. Something in which OpenAI is putting a lot of effort to solve, since, as they have commented on several occasions, they do not want their tools to provide harmful content.

However, work has also been done so that, in case of not knowing the answer to what is asked, ChatGPT recognizes this fact and clear it up. Something that can result in being too cautious with some information.

We tested and compared ChatGPT with GPT3

In order to see first-hand the advances that ChatGPT represents with respect to the model on which it is based, we have decided to test it. For it, we have interacted with both and compared their responses.

In the first case, we have asked them to explain the water cycle to us. An advance can be seen in terms of length of the text and clarity in the explanation by ChatGPT. Although the text of GPT3 is correct, that of the new model is much more complete.. 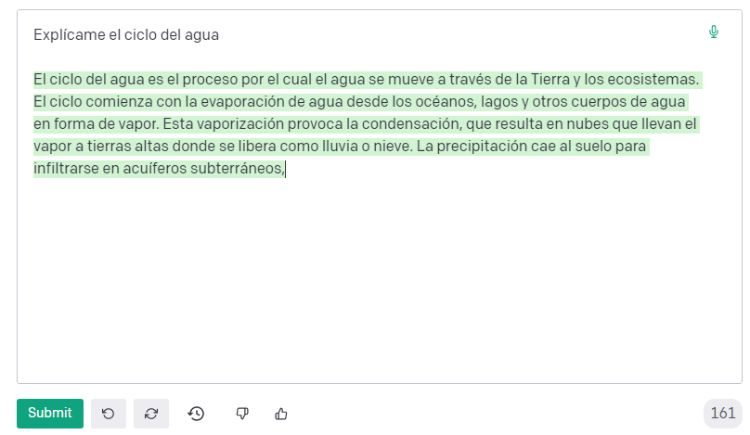 Explanation of the water cycle according to GPT3 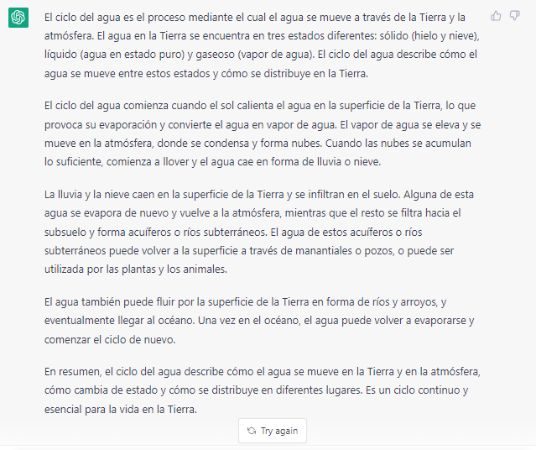 Explanation of the water cycle according to ChatGPT

On the other hand, we can appreciate that caution we talked about earlier. While GPT3 was directly answering the question about Bugs Bunny’s ears, still unknowingly, ChatGPT acknowledges not knowing this data. 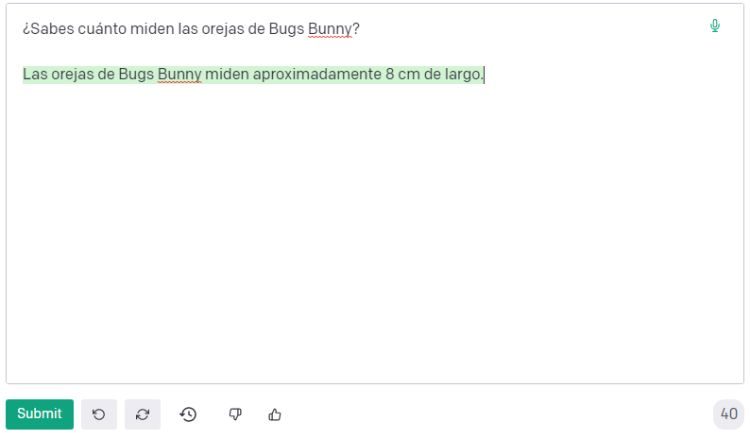 We have also found that indeed this system rejects the creation of violent or harmful content. As he himself explains when asked.

And finally, we have asked ChatGPT who is at the controls of Twitter. To which he has given us a outdated answersince, as we know, that person is now Elon Musk.

Keys of the day: It is the day of the cap, does Von der Leyen attack the US? Spain: pensions or European funds

The 5 best home automation systems for the bedroom