Everything indicates that Youtube has serious intentions of standing up to platforms like Apple Music or Spotify in the business of podcast. the website Podnews has leaked an 84-page document outlining all the details about the platform’s plans to venture directly into podcast social media channels.

Despite being the most recent report, this document is not the first sign that the Internet’s largest video service wants to go after podcasts: in October last year, YouTube hired an executive with experience in the sector to lead all your efforts in this area. Later, starting in March, the company began offering money to some popular podcast creators so they could record their episodes on video and upload it to the platform.

Now the document entitled “Looking Ahead”shows a roadmap that details the future plans that YouTube has in mind with this type of content, plus its monetization strategies.

Particularly noteworthy in this document is the fact that the platform could launch a new podcast landing page: it would be a URL, youtube.com/podcasts, which still doesn’t work. Everything seems to indicate that this type of programs They will be promoted on the platform using the now traditional square thumbnails. 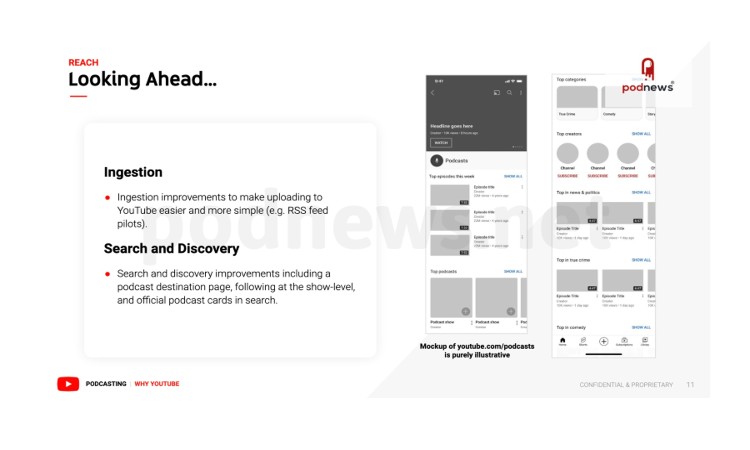 In addition, according to this report, YouTube also raises the possibility of iincorporate audio announcements, both the sold by google as well as those of other sponsors. Revenue from these ads may be shared between the platform and the publishers of the podcasts. Additionally, YouTube will also offer analysis, especially new metrics for those creators of audio programs that are beginning to generate content on the platform.

Similarly, the company is currently developing a series of metrics and statistics specific to audio products, with the intention of integrating the data generated by YouTube within the standards established by the podcast industry. 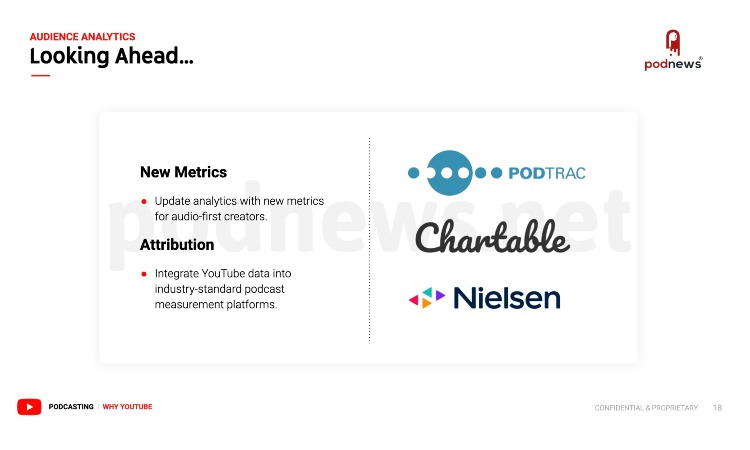 It seems that the platform is working fully with the attribution of podcasts, such as those of Nielsen, Podtrac and Chartable. Spotify bought Chartable in February, which explains the reason behind the mention in this document of companies that YouTube has worked with, instead of mentioning those companies that it may work with in the future.

If this plan goes ahead and YouTube decides in the future to enable a tab dedicated to podcasts on its website, it would not be the first time that the company owned by Google does something similar. In 2015, the platform did something similar with the launch of YouTube Gamingwhile in 2019 it enabled the Fashion & Beauty tab, and it was also born Youtube music, your answer to Spotify and Apple Music when it comes to music streaming.

What should we know about the filling for custom cushions?