An important date is approaching, on July 17, those characters that animate our keyboards and help us express ourselves with greater grace and precision are revered. Indeed, we are talking about the emoji.

And, to kick off World Emoji Day, the emoji experts at Emojipedia have already presented the first versions of the ones that could be new emoji coming to your mobile device thanks to the next update, version 15.0, of the Unicode standard.

The preliminary list of emojis includes hearts in light shades of gray, pink and blue, a donkey, a goose, a hyacinth, pushing hands or a trembling face, among others. In total, taking into account the designs of the hands with different skin tones, the proposal is made up of 31 new emoji. 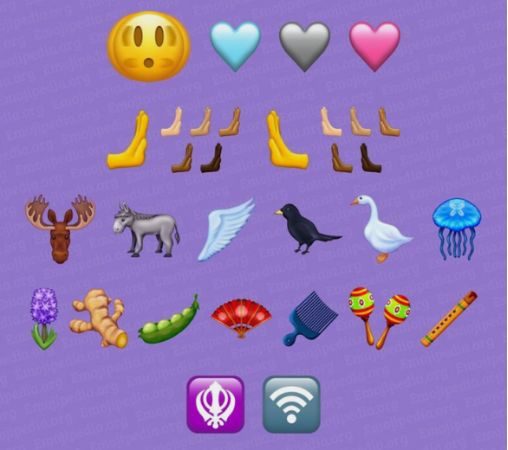 It highlights the fact that this is the smallest listing submitted to date, considering that in previous updates more than a hundred emojis had been applied. This is due to the intention of controlling the number of new emojis, since most of them are not used frequently and creating and adapting them to devices takes a lot of work for companies.

we shall wait until september to find out which of these emojis will be incorporated into the final version of this update. But in the meantime, you have the opportunity to vote for your favorite emojis. Although, from Emojipedia they have already confirmed that this will not affect the final results, the winner will obtain the most anticipated emoji award at the World Emoji Awards 2022. In addition, after voting you will be able to formulate your own suggestion for upcoming emojis.

What emoji would you like to see on your keyboard soon? Which of those already presented do you think should be included in version 15.0 yes or yes? Tell us about it in the comments.

The Bank of Spain must reinstate Jorge Pérez or pay him 418,215 euros

Innovations in eCommerce sales channels under discussion at the hands of IKEA, Samsung, CoreBiz and VTEX

What are the ARR, the key metric to estimate the growth of a company and evaluate its future development